Start by registering to receive new listings as soon as they hit the market.

Bordered by Eglinton Avenue West,  south to Rathburn Road, and the Etobicoke Creek west to Highway 427, the area of West Deane Park obtained its name from the founder Peachey’s wife whose maiden name was Deane.

Highways 427 and 401 offer quick and convenient access to Pearson International Airport.    Many of the streets have been laid-out in a twisty “planned community” fashion that was just starting to take hold when the area was being established.  Having been built in the 1960’s, homes here are slightly more recent than many of the other Etobicoke neighbourhoods. 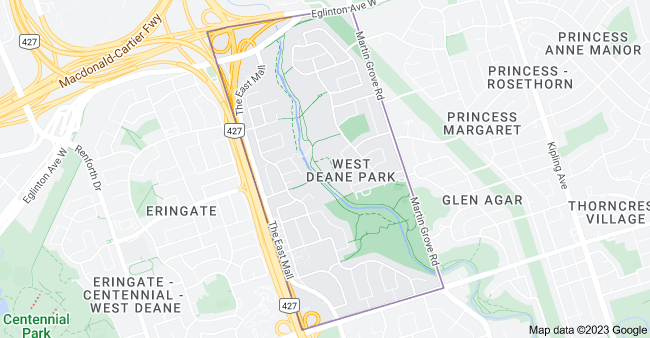